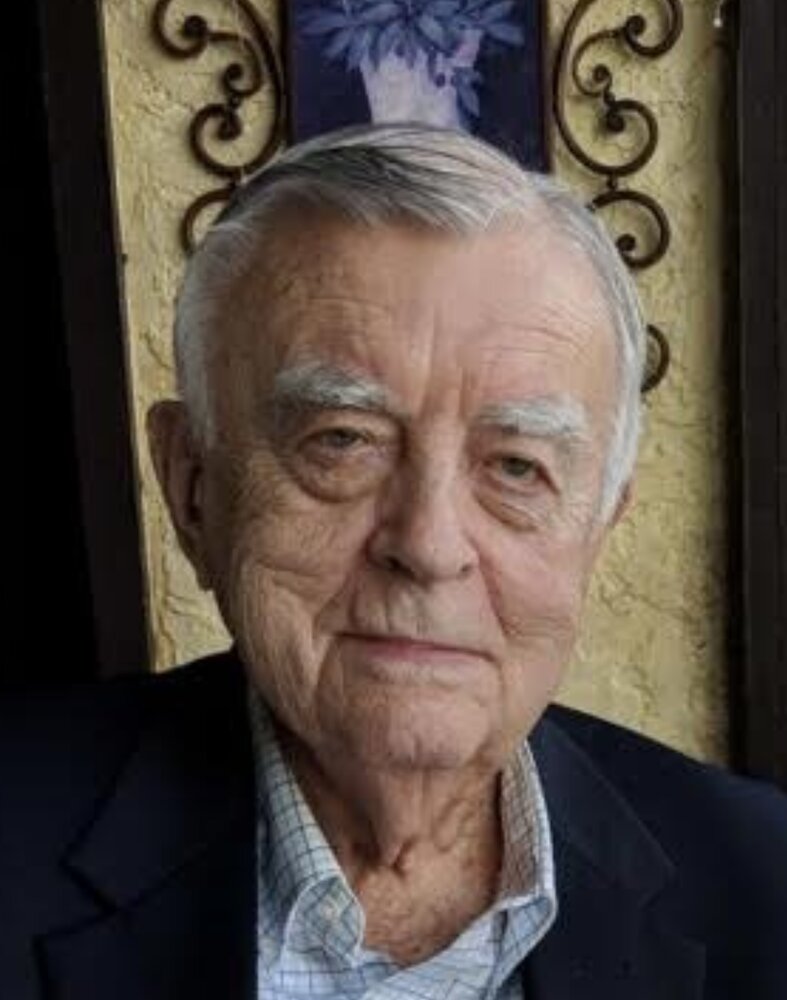 Please share a memory of Michael to include in a keepsake book for family and friends.
View Tribute Book
Michael Oswald Albl (“Mike”) passed away peacefully at the age of 93 on Sunday, November 13th, in Cincinnati, Ohio. He was the beloved husband of his beautiful wife and love of his life, Cynthia (“Cinnie”) with whom he shared his life’s journey for 70 years, married for 67 years. In addition to Cynthia, Mike is survived by his children Michael, Chris, and Amy, as well as his grandchildren Alice, Emily, and Adam. Mike was a devoted family man, a larger-than-life friend, and avid golfer. Mike was born and raised in Cleveland, Ohio on March 13th, 1929. Mike was also a proud member and sergeant with the United States Marine Corp during the period of the Korean War. After his term with the Marines, he attended and graduated from Wittenberg University where he earned a business degree and was an active member of the Phi Gamma Delta (Fiji) fraternity. Mike would go on to have a successful career in consulting, consumer products, and retail, working with companies such as Procter & Gamble, Kroger, Penn Central, and Federated Department Stores. He was well known for his expertise in distribution and logistics as well as his proven ability to establish and maintain warm, productive relationships with customers and co-workers at all levels. In addition to his family and work life, Mike was an active volunteer for much of his life. From the Ronald McDonald house and his board member role at Big Brothers of America to Armstrong Chapel and volunteering at Bethesda North Hospital, Mike was a very impactful leader in his community. On most Friday evenings for over 40 years, Mike and Cinnie could be found dining at the Skyline Chili in Kenwood, Ohio where they also managed the collections and processing of all Kindervelt donations at that store. Finally, Mike and his family were very proud of the fact that he donated nearly 100 pints of blood during his lifetime. In lieu of flowers, please consider making an online donation to the Ronald McDonald House Charities Cincinnati local chapter at RMHC.org. On behalf of the Albl family, thank you to you for being a very special part of Mike's life journey sharing experiences, friendship, and love. A memorial service will be held on Tuesday, November 22nd at 11am at Armstrong Chapel United Methodist Church, 5125 Drake. Rd. (45243) Indian Hill.
Tuesday
22
November

Share Your Memory of
Michael
Upload Your Memory View All Memories
Be the first to upload a memory!
Share A Memory
Send Flowers
Plant a Tree