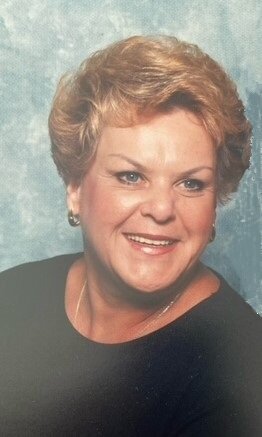 Please share a memory of Ann to include in a keepsake book for family and friends.
View Tribute Book
BELEW Ann R. (nee McGraw), beloved wife of 59 years to Don M. Belew. She was the cherished mother of Sally (Eric) Clark, Lori (Justin) Collier, Annie (Matthew) DeSalvo, and the late Steven and Michael Belew. She was a devoted grandmother to eight grandchildren and four great-grandchildren. She was a loving sister of Larry (Mary) McGraw and Gloria (the late Jack) Schmitt, and the late Robert McGraw, Margaret Piron, Thomas McGraw, and Joe McGraw. Ann passed away on October 6th at the age of 79. The family will have a visitation on Friday, October 21st, from 2PM until the time of Memorial Mass, 3PM at St. Saviour Rossmoyne, 4136 Myrtle Ave. (45236). If desired, donations may be directed to the Down Syndrome Association of Greater Cincinnati, 4623 Wesley Ave. (45212), or at dsagc.com.
Friday
21
October

Share Your Memory of
Ann
Upload Your Memory View All Memories
Be the first to upload a memory!
Share A Memory
Send Flowers
Plant a Tree