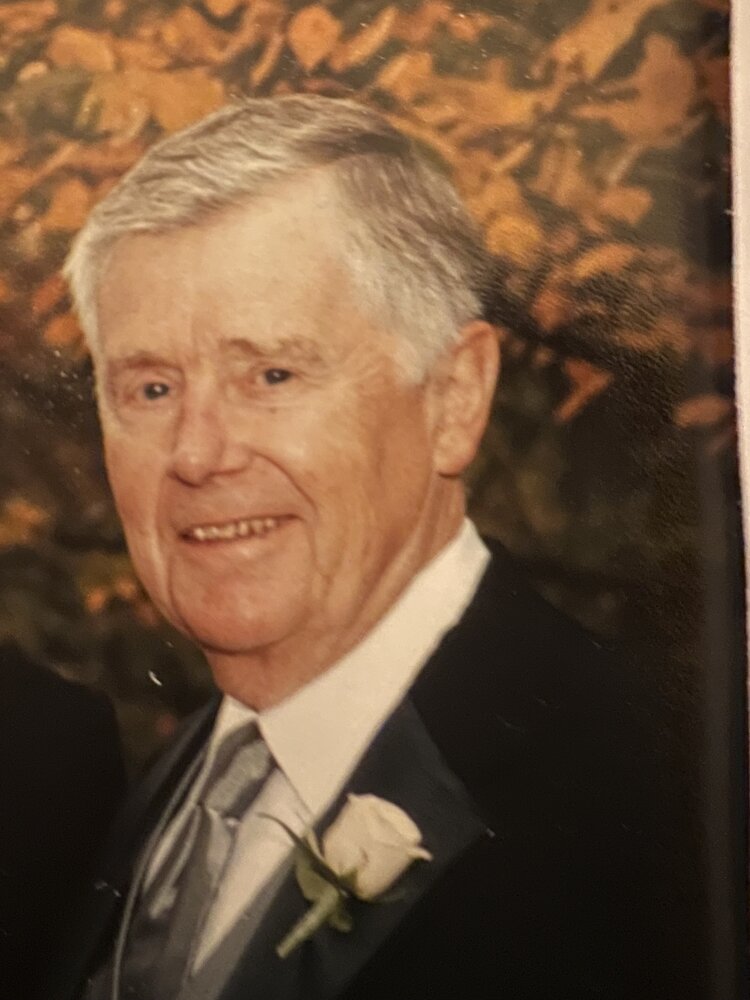 Please share a memory of John to include in a keepsake book for family and friends.
View Tribute Book
John Woods Fitton, devoted husband for 53 years to Tamara Ball Fitton, died on August 24, 2022, at the age of 92. Born in 1929 to Cyrus and Elaine Fitton, the younger brother of Richard and Mary, John graduated from Hamilton High School and Denison University where he was a Phi Delta Theta. John served in the United States Navy, and was stationed in Panama. After returning from Panama, John was a financial advisor in Hamilton, Ohio for over 50 years. John was an avid tennis player throughout his life and never lost his love of the game. He won the Hamilton City Championship and multiple tournaments in Cincinnati over the years. In addition to playing tennis several times a week, John also enjoyed playing golf. John’s other great passion was music. He was an accomplished pianist and loved jazz music. John served on the board of the Hamilton Community Foundation as well as volunteered over the years as a coach for his sons’ teams. In addition to his wife, John is survived by his sons, Jay (Sheila) and Michael (Sallie), daughter Jane, and grandchildren William, Catherine, Tanner and Paige. After a private burial, the family will receive friends at Trio Bistro on Saturday, September 3 from 11am to 1pm. Donations may be made to the Cincinnati Tennis Foundation.

Look inside to read what others have shared
Family and friends are coming together online to create a special keepsake. Every memory left on the online obituary will be automatically included in this book.
View Tribute Book
Services for John Fitton
There are no events scheduled. You can still show your support by planting a tree in memory of John Fitton.
Plant a tree in memory of John

Share Your Memory of
John
Upload Your Memory View All Memories
Be the first to upload a memory!
Share A Memory
Plant a Tree