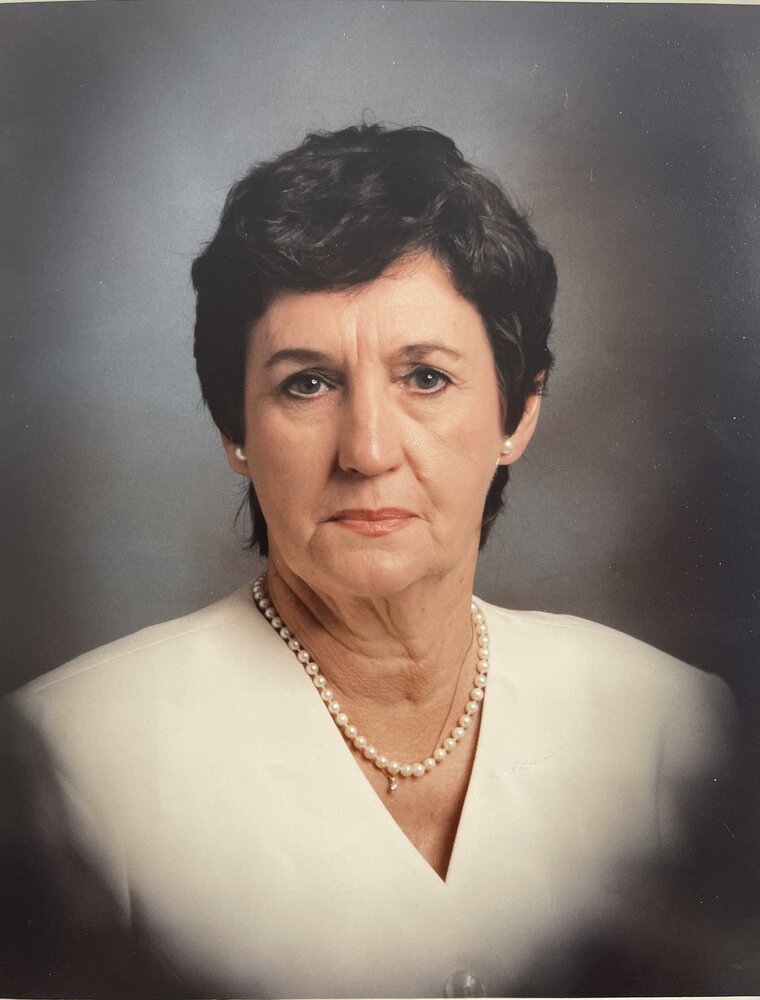 Please share a memory of Patricia to include in a keepsake book for family and friends.
View Tribute Book
Patricia Byrer Minning, aged 90 passed away on Monday, April 25, 2022, at Hospice of Cincinnati Blue Ash. She was the devoted wife of the late James “Jim” Minning and precious mother to sons Steven (Cindy) Minning, Jeffrey Minning and daughter Pamela Minning. She is also survived by her granddaughter Renee (Josh) Whitehead, sister-in-law Sue Donnelly, brother-in-law Frank Minning as well as many nieces, nephews, cousins and her rescue dog Liesel. Pat was born February 21, 1932, in Wichita Kansas to the late Joseph and Mabel Byrer. In addition to her husband and parents, she was proceeded in death by her sisters, Peggy Weiss and Virginia Anthony as well as beloved mother-in-law Bertha Whisman Donnelly, nephews Robert Weiss and Dr. Michael Anthony. Pat grew up in Walnut Hills and graduated from Withrow High School. It was on her sixteenth birthday when she met her husband on a blind date. They married four years later on February 23, 1952. She worked as a secretary at the G.E. plant in Lockland until becoming a stay-at-home mother. Her greatest joy was being a wife and mother. Between Jim’s military service and his engineering career they lived in Alexandria Va, New Orleans La., Southern Kentucky, Houston Tx, Dhahran Saudi Arabia, Pensacola and Hudson, Fl. After raising her children, Pat loved working at Sears in the credit department and eventually moved into fine jewelry where she was a top, no pressure sales lady. In 1999 she moved permanently back to her beloved hometown of Cincinnati. She enjoyed concerts at Music Hall and Riverbend as well as drives through her old neighborhood. Her children would like to give special thanks to her niece, Cathy Seigla for providing memorable family gatherings over the years and support when it was most needed. The family is also grateful to the doctors, nurses, aides and volunteers of Christ Hospital and Hospice of Cincinnati Blue Ash for their compassion and dedication. Pat was a lover of dogs and in lieu of flowers, the family requests donations to Save The Animals Foundation www.staf.org. Private graveside service at Rest Haven Memorial Park at convenience of the family.

Look inside to read what others have shared
Family and friends are coming together online to create a special keepsake. Every memory left on the online obituary will be automatically included in this book.
View Tribute Book
Services for Patricia Minning
There are no events scheduled. You can still show your support by planting a tree in memory of Patricia Minning.
Plant a tree in memory of Patricia

Share Your Memory of
Patricia
Upload Your Memory View All Memories
Be the first to upload a memory!
Share A Memory
Plant a Tree