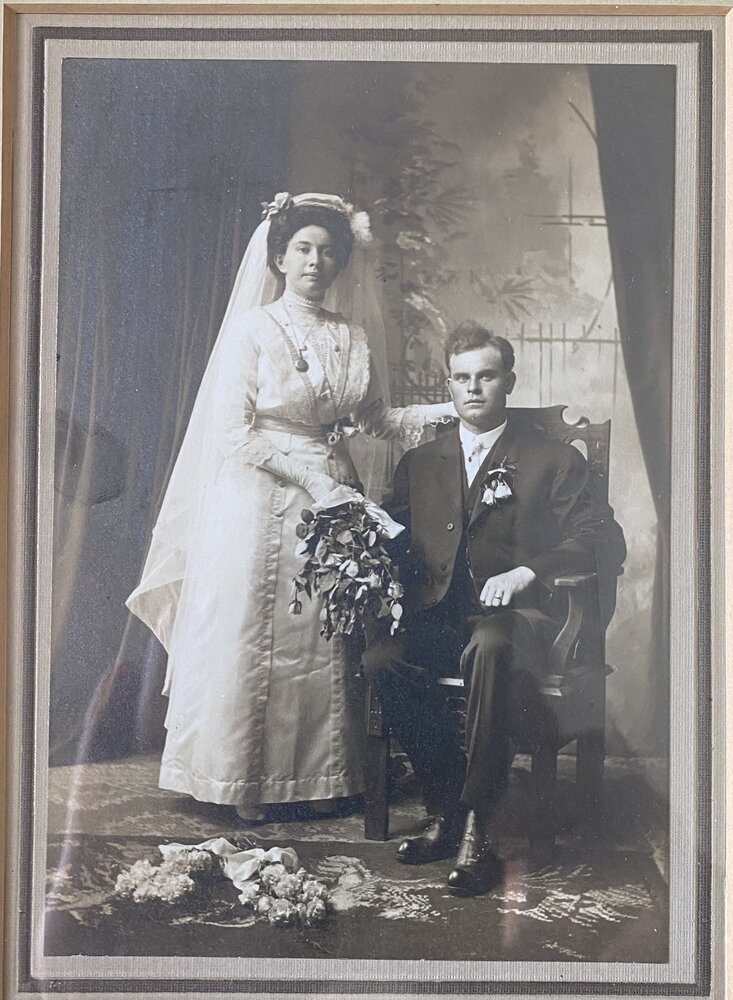 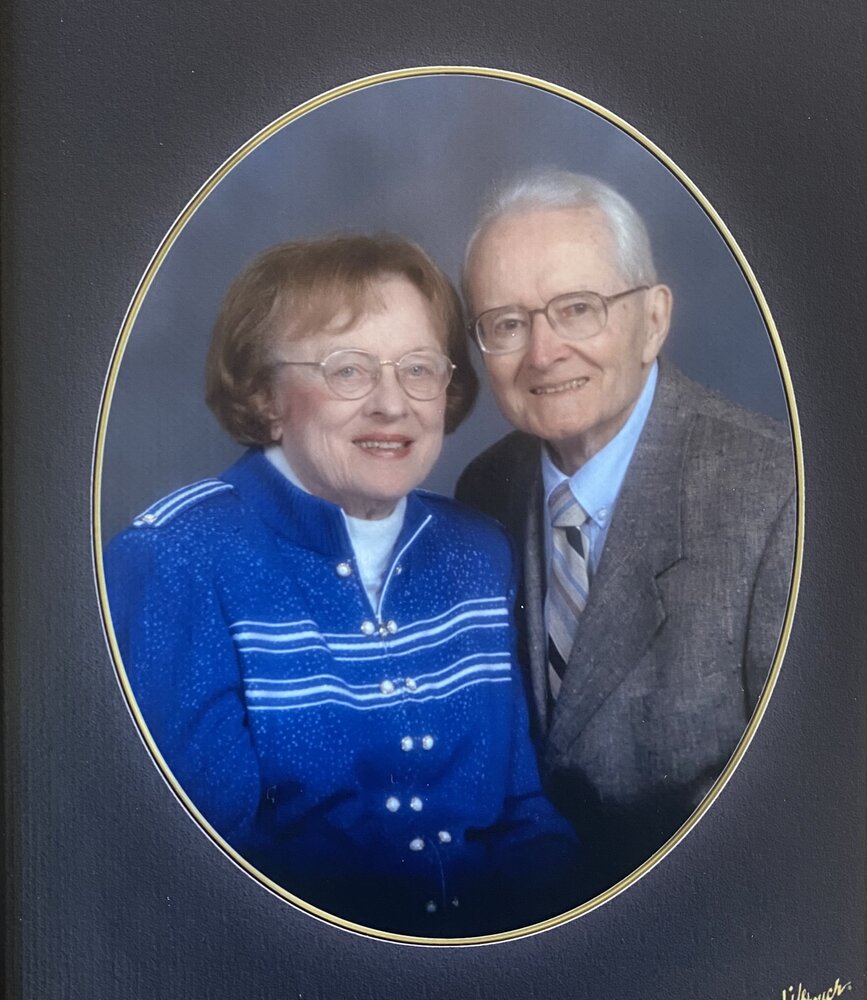 Please share a memory of Janet to include in a keepsake book for family and friends.
View Tribute Book
Janet Weigand Carter, 99, died at her home on March 17, 2022, after a slow decline in health. Lorna Janet, also known as “Nettie” in her childhood, was born on September 25, 1922, in the Township of Ashford, Fond du Lac County on a Wisconsin dairy farm, the daughter of John and Helena (Schwartz) Weigand. On June 3, 1944, Janet married Roscoe Owen Carter Jr., a PhD chemist on war assignment at the University of Wisconsin. Between 1946 and 1954 she was blessed with three sons, who survive her: Roscoe Owen Carter III (Margaret) of Stafford, Virginia, Kimbroe John Carter (Anneliese) of Canfield, Ohio, Thomas Heriot Carter (Haraldine) of Coralville, Iowa; and seven grandchildren Mathew Carter (Sarah) of Lexington, Massachusetts, Paul Carter (Winifred) of Orion Township, Michigan, Janet A Carter of Alexandria, Virginia, Christopher Carter of Norton, Ohio, Timothy Carter (Jolene) of Tiega Cay, South Carolina, Erika Moore (Grant) of Charlotte, North Carolina, and Kathleen Carter (Alan) of Chicago , Illinois; and seven great-grandchildren, Geneva, Owen and Beatrix Carter, Emily and Annabelle Carter, Theodore Moore, and Malcolm Hutchison. She was preceded in death by her parents, her beloved husband Owen who died in 2006, and her sister Esther Erdmann in 2009. Janet was a 1940 graduate of Lomira High School. In 1944 she graduated from the University of Wisconsin, Madison, with a Bachelor of Science focusing on speech and hearing and German. She was a member of Phi Beta Fraternity. While completing her studies she met Owen for tutoring in chemistry. Upon her graduation they married and moved to Cincinnati, Ohio, for Owen to work at Proctor & Gamble. In addition to raising her three sons and nurturing their ambitions for advanced degrees in science and medicine, she earned a Master of Education in 1977 at Xavier University. Her professional experiences included speech therapist, reading specialist, educational therapist, and remedial teacher. She worked at Cincinnati Country Day School, Covington schools including Holy Cross High School and, during a sojourn in Belgium, The International School of Brussels and St. John’s School in Waterloo. In retirement she and Owen enjoyed gardening and travel, making trips to Europe, Africa and Asia. Janet’s greatest joy was being at home, visiting with her grandchildren and great- grandchildren. Nothing was more enjoyable for her than to have one of her younger kids on her lap reading a book together. Janet and her family are most appreciative for the special care of Queen City Homecare, her physicians, Drs Arthur Craig and James Osher, and her friends and neighbors who made it possible for her to age in place at her home in Madeira. A celebration of Janet’s life on Saturday May 7 at 2 PM will be at Good Shepherd Lutheran Church, 7701 Kenwood Rd, Cincinnati, Ohio 45236. In lieu of flowers, please consider a memorial gift to: Cure Alzheimer's Fund 34 Washington St., Ste. 310 Wellesley Hills, MA 02481 http://www.curealzfund.org

Look inside to read what others have shared
Family and friends are coming together online to create a special keepsake. Every memory left on the online obituary will be automatically included in this book.
View Tribute Book
Services for Janet Carter
There are no events scheduled. You can still show your support by planting a tree in memory of Janet Carter.
Plant a tree in memory of Janet

Share Your Memory of
Janet
Upload Your Memory View All Memories
Be the first to upload a memory!
Share A Memory
Plant a Tree