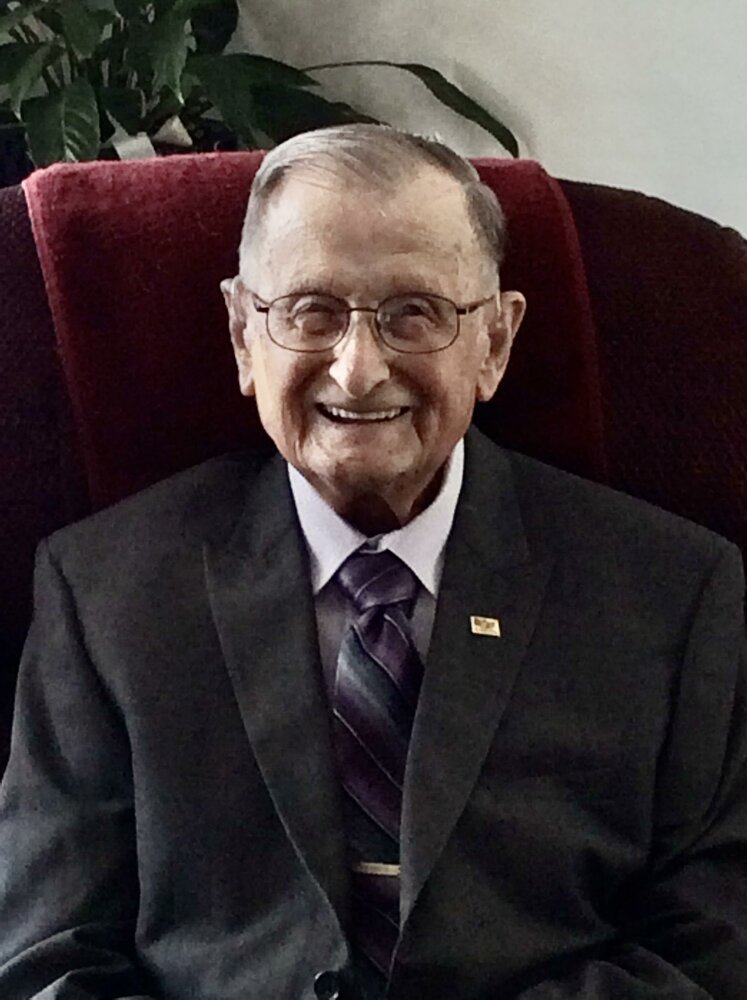 Please share a memory of William to include in a keepsake book for family and friends.
View Tribute Book
William M. Runion, beloved husband of 76 years to Lucille (nee Mershon), cherished father of Karen Runion, loving brother of Joe and Russell Runion and Evelyn Sandlin and the late John, Alan, and Ronald Runion. He is also survived by many nieces and nephews. William was a proud United States Navy WWII veteran, but an even prouder Soldier for the Lord. He did extensive mission work, starting with the mission on Eastern Avenue in Cincinnati, OH. He initiated another mission in Walton, KY that later became Brean Baptist Church, where Willam served as their minister for 15 years. William balanced his labor of love for the Lord, with hard manual work as a brick mason. He was a member of the Bricklayers Union for 50 years and led crews that helped build many landmarks in the area, such as the Clock Tower in Covington, KY. Bill passed away peacefully in his home, surrounded by his family on February 10th at the age of 97. The family will have a visitation on Wednesday, February 16th from 11AM until the time of funeral service at 1PM at Crossroads Baptist Church, 9900 Butler-Warren Rd. (45241). Interment will follow at Crown Hill Memorial Park. At the family's request, those attending services should be vaccinated (if at all possible), wear a mask, and socially distance.
Wednesday
16
February

Share Your Memory of
William
Upload Your Memory View All Memories
Be the first to upload a memory!
Share A Memory
Send Flowers
Plant a Tree