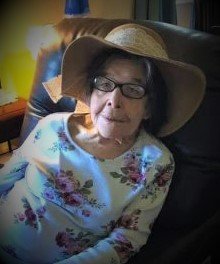 Please share a memory of Shirley to include in a keepsake book for family and friends.
View Tribute Book
LANE Shirley Ann (nee Hodge), beloved wife of the late Hubert Lane, Sr. From their far too short 15-year marriage, they had six children. Shirley leaves behind to cherish her memory, children, Larry, Loretta, Denise and Hubert, Jr., siblings, Delbert, Wayne, Sr., Joel, Elana, and Elvis, several grandchildren, great-grand grandchildren, nieces, nephews, and cousins. Shirley was born in Russell Springs, Kentucky to the late Joel and Anna Hodge. She was preceded in death by two sons, Billy, and Delbert, her brother, Dennis, and her sister, Linda. Shirley passed away on July 19th at the age of 81. Her family is inviting friends and family to gather for a visitation on Friday, July 23rd, from 12:30 until the time of funeral service, 2PM at Thomas-Justin Memorial, 7500 Montgomery Rd. (45236) Kenwood.
Friday
23
July

Share Your Memory of
Shirley
Upload Your Memory View All Memories
Be the first to upload a memory!
Share A Memory
Send Flowers
Plant a Tree