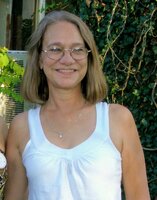 In Loving Memory Deborah (Debbie) Colebrook Hagerty, age 64, of Milford, Ohio, passed away peacefully December 10, 2021. Debbie was the daughter of the late Theodore and Lois Jean Colebrook of Indian Hill, Ohio. She was born in Cincinnati, Ohio on March 21, 1957. Debbie was preceded in death by her husband, Kim Hagerty. She is survived by her daughter, Rachael Colebrook, grandson, Logan Colebook, and her three brothers, Theodore, John Thomas, and David Colebrook. Debbie graduated from Indian Hill High School in 1975. She worked at Children’s Hospital as a scheduling coordinator for many years. Later in life, she provided in-home daycare in her Milford home. Debbie loved children and animals and spent the majority of her life caring for both. Debbie will be laid to rest at Graceland Memorial Park, at a private graveside service. A visitation for family and friends will be held on January 17th from 1-2PM at Thomas-Justin Memorial, 7500 Montgomery Rd (45236).