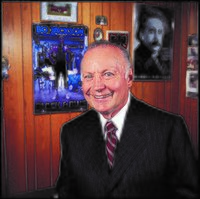 It is with great sadness that the family of Werner Kummerle announces his unexpected passing, on December 4th, 2020 at the age of 85. Werner will be lovingly remembered by his wife Sue of 47 years and his children Tina (Jan), Kip (Jennifer), and Kevin (Tina)Kummerle. Werner will be sorely missed by his eight grandchildren Lily, Ellie, Sully, Kamden, Owen, Mila, Elias and Isabella. He is survived by his siblings Ursel Kurtz, Alfred Kümmerle, and Ruth Kümmerle-Helbing. He was born on July 14, 1935 in Tübingen, Germany to the late Maria and Karl Kümmerle. He grew up during WWII and at age 13 he began an apprenticeship to learn to become a baker. The economic situation was very difficult after the war and the apprenticeship allowed him to get a work sponsorship to come to the United States. During his early time in the country he had an opportunity to work for Kron Tool and Die and to learn about machining, which he embraced. He then joined the army and became a paratrooper in the US Army 82nd airborne. After returning from his military duty, he continued in the machine tool industry for 11 years. In 1971 he and his wife Sue started their own company, Metalex Manufacturing. Metalex grew to 120 employees gaining an industry reputation for making difficult, high quality parts. Werner always valued the people who worked at Metalex and viewed them as his extended family. He focused on continuous improvement and created a management/leadership development system called Interaction Without Boundaries, in which people are required to communicate openly, work together and operate with a winning attitude. In 2021 Metalex will celebrate its 50th anniversary, with his legacy being carried forward by the next generation of leaders and teammates that Werner mentored. Due to Covid we hosted a private family service. As an expression of sympathy, memorial contributions may be sent to the Neediest Kids of All