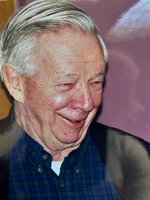 Michael J. Maloney Jr.: Life of public service, but role of grandfather his greatest pride Michael J. Maloney Jr. earned many titles and accolades throughout his life, but to him, the most important may have been “grandfather.” The former Ohio state senator, Hamilton County administrator and Hamilton County auditor died Dec. 1 at Twin Lakes Assisted Living in Montgomery, where he had been a resident since 2010. He was 91. A compassionate, generous man with a dry sense of humor, Maloney’s life centered around his family. His duties took him across the state, and he included his family in campaigns and TV news appearances. “The local television stations would often come to our house to interview him for a story, and usually one or more of us would be gathered around, sitting on his lap or next to him,” his son Dick said. “I also remember putting together his signs, and traveling in a bus to hand out campaign stickers and balloons.” One night in the early 1970s, during political unrest at college campuses, a group of University of Cincinnati students showed up at the Maloney house unexpectedly, and he took the time to talk to them. Maloney most enjoyed spending time with his family, with Michigan and Hilton Head Island among favorite vacation destinations. He also had regular lunch dates through the years with his granddaughter Elizabeth and grandson John Michael. One of three children, Maloney grew up in Norwood and was a 1947 graduate of Norwood High School before going to work at WSAI radio, in the sports department, and later as a copy boy at the Cincinnati Enquirer newspaper. He would become the paper’s political reporter, which eventually led to a long career in politics after service in the United States Air Force as a cryptographer during the Korean War. After returning from Korea, Maloney enrolled at Xavier University on the GI Bill in 1956, the same year he married Mary Catherine Bollman. They were together 51 years before her death in 2007. Maloney was awarded a fellowship from the American Political Science Association in 1960 and was assigned to Washington, D.C., where he worked for Richard Nixon’s 1960 campaign. When the family returned to Cincinnati, Maloney got his bachelor’s degree in political science from Xavier and resumed his career at the Enquirer. The Hamilton County Republican Party appointed Maloney to fill an unexpired Ohio Senate term in 1964. He would win election to the office that same year, and re-election in 1966, 1970 and 1974. During his 14 years in Columbus, Maloney served as minority whip and chaired the Senate’s Ways and Means Committee, and also as assistant to the chairman of the Hamilton County Republican Central Committee. In 1978, Maloney left the Senate to become Hamilton County administrator, a position he held until retiring in 1987. Three years later he returned to the Court House to fill an unexpired term as Hamilton County auditor. Away from politics, he was an avid golfer and served as president of the board at O’Bannon Creek Golf Club in Clermont County. Maloney also kept in close contact with his friends from Norwood, and was honored as a Norwood High School distinguished alumnus in 2010. His many caregivers at Twin Lakes lovingly referred to him as the “Senator” and “Big Mike.” He also enjoyed the company of his lunch companions, including Bill Cleary, Charlie Wolf and Jim Currin. "He was such a fighter, defying physicians’ expectations of him at every turn. He also used humor and his faith to deal with many of life’s difficulties,” his daughter, Brigid Huber, said. “Throughout many years of injury and illness, he was so appreciative of his caregivers and humbled by their care. His last two nights, many Twin Lakes nurses and aids came in to see him, telling stories about him, expressing love and praying with him. It spoke volumes." Maloney was preceded in death by his parents, Michael J. Maloney Sr. and Sara Elizabeth Maloney; a brother, John; a sister, Mary Sue; his wife, Mary Catherine, and a son, Michael Richard. He is survived by his children, Tim (Cheryl) Maloney of Hyde Park; Dick (Lynne) Maloney of Springfield Township; Pat (Brenda) Maloney of Montgomery; Dr. Tom (Maria) Maloney of Salt Lake City, Utah, and Brigid (Mike) Huber of Symmes Township, as well as 12 grandchildren – Maeve Maloney (Saman Modiri) of Syracuse, Clare Maloney of Milwaukee, and John T. Maloney of New York City; Elizabeth Maloney of Springfield Township; Kelly, Leah and John M. Maloney of Montgomery; Roma Maloney of Salt Lake City, and Sara, Henry, Maggie and Alex Huber of Symmes Township, and six nieces and a nephew. Mass of Christian Burial will be at 10 a.m. Saturday, Dec. 5, at St. Saviour Church, 4136 Myrtle Ave., Rossmoyne. A graveside service, open to all, follows at Gate of Heaven Cemetery. There is no visitation. The family asks that memorials be made to JDRF (www.jdrf.org) or Hamilton County Special Olympics (www.specialolympics-hc.org).