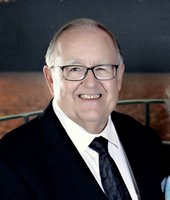 Ronald T. Lask, 80, was born on 12/11/1939. After 29 months of fighting a glioblastoma, Ron succumbed to his brain cancer and passed away on 2/9/2020. Ron was born in Flint, MI and lived his early years in Saginaw, MI. Ron was a veteran of US Air Force, serving 1955-1959 where he began his career as a broadcast engineer. He was a graduate of the University of Michigan, where he earned a BSEE. He had a 50-year career as a broadcast engineer starting in the days of black and white. He loved to talk about the technical improvements in TV broadcasting over his years in the business. He was a loving husband and father and was married for 53 years and is survived by his loving wife Donna (nee Brucks) Lask and his 2 sets of twins: Sonya (Dan) Fox; Laura (Don) Dunigan; Kathy (Gary Gates) Lask; and Richard Lask. Also survived by grandchildren; Amy Frantz, Nicole (Alec) Hobbs, Jenna Frantz, Angie Moretti, Ayla (Ben) Moretti, Darrick Moretti, Nick (Michelle) Lask, Charlie (Lacey) Fox, Amanda (Jarien) Tabor, Betsy (August) Capiola and his brother, Frank Lask. A memorial Mass of Christian burial will be held on Wednesday, February 12th at 10:30AM at St. Vincent Ferrer Catholic Church, 7754 Montgomery Rd. (45236) Kenwood.